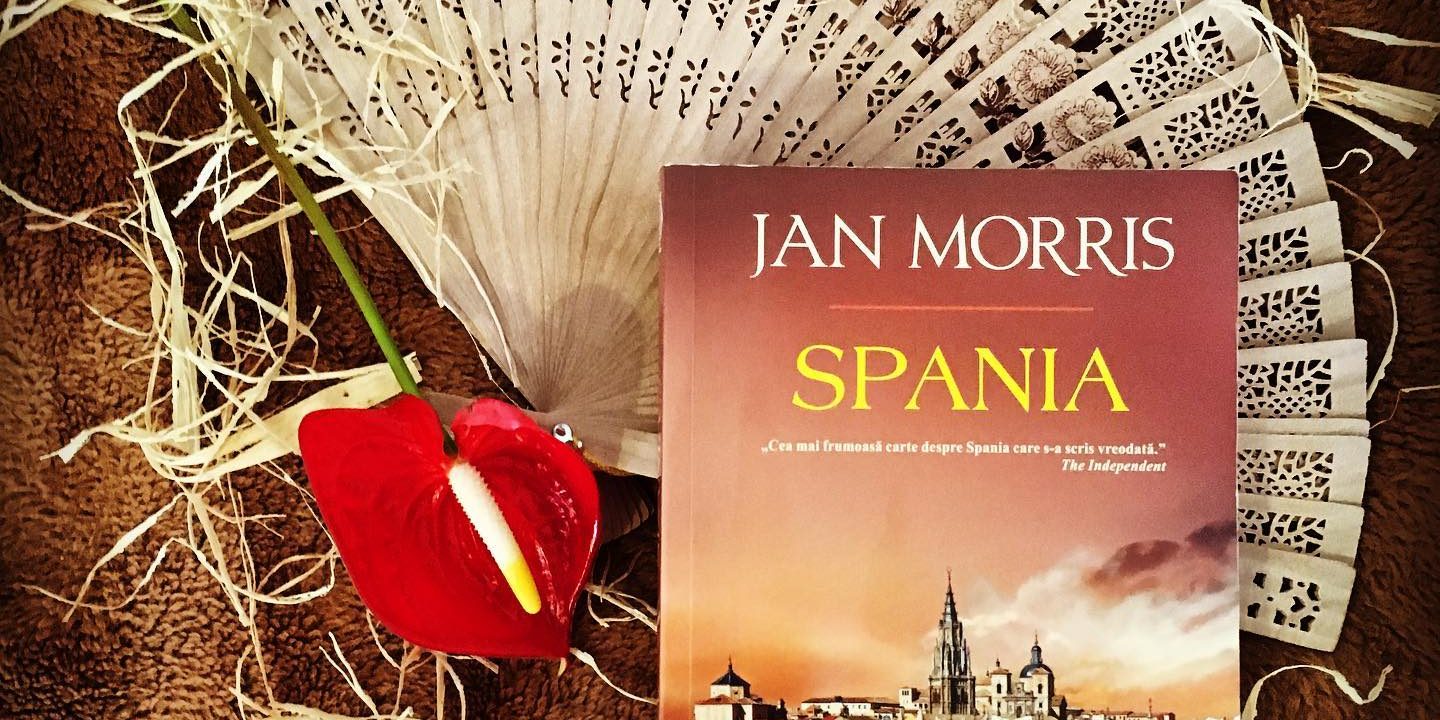 I assume this article will not come as a surprise for our followers, who have witnessed us planning a two weeks in Spain road trip itinerary and have helped us with their suggestions. One of the first things we did was to read a number of books about Andalusia and Spain in general. As our itinerary was slowly taking shape in the form of an Andalusia road trip with a toddler, we have shared on our Instagram account our holiday in Andalusia reading list. All I did now was to put those suggestions together in a comprehensive, complete article for anybody who wants to follow in our footsteps…..or should I say reading steps?

Note: This article contains a few friendly affiliate links. Shall you make a purchase through any of them, we get a small commission at no extra cost for you. Thank you!

Guides I recommend for your holiday in Andalusia reading list

Unlike other articles I have written, this one will start at the end. Maybe it is so since I would then have to end with the joy of the beginning and look back at another trip we took four years ago. I’ll let you know later. But for now, it just seemed appropriate to order my holiday in Andalusia reading list counter chronologically.

So you’ll have to imagine us in the orange garden of Seville’s Cathedral after having searched the monument extensively for the tomb of Saint Ferdinand. Located in the heart of what was once a symbol of Islamic dominance—the Great Mosque of Seville—and announcing the arrival of Christian hegemony in Andalusia, the tomb is inscribed in four languages—Latin, Castilian, Hebrew, and Arabic. It is a testimony to the spirit of Al-Andalus and the culture of tolerance, erudition, and inter-religious harmony it created on the Iberian Peninsula for 700 years. I was enjoying the sunrays playfully hiding La Giralda, the former minaret of the Grand Mosque, later converted into the cathedral bell tower, when I realized I needed a comprehensive cultural guide to all the gems of Andalusia. And if you are a bookworm like me you’ll understand that, as those thoughts were taking shape, I was already headed towards the bookshop.

I had previously purchased the Eyewitness Travel Companion to the region, from the series of travel guides that have accompanied us on all of our journeys. But I am not one to take artistic pictures of intricate architectural details. I am more about savoring the moment, staring in awe, getting goosebumps at the thought of finally having made it there in person, and leaving without taking a picture to attend to a rambunctious toddler in the orange garden.

It was thus with great satisfaction that I discovered and immediately purchased the In focus Andalucia guide. Beyond a touristic introduction to the region, offering historical insights as well as some practical information, this is a cultural traveler’s gem. It contains more than 800 color plates, original illustrations and engravings, high-quality photographs, detailed maps and reproductions, and plenty of explanations of architectural features.

Ghosts of Spain, by Giles Tremlett

This book was the last addition to my reading list and thus the one I took along during our holiday in Andalusia. A comprehensive guide to Spain’s recent history and an in-depth portrait of its mentalities, Ghosts of Spain is written in an engaging, well-documented journalistic style by an acclimatized expat. From the aftermath of the civil war to flamenco, tourism, corrupt politicians, the health system, burial practices, and neighborhood feuds, Giles Tremlett paints a candid portrait of a beautiful nation. He writes compassionately and truthfully about thorny issues, his insights and perspectives stemming from an honest fondness of his adoptive nation that is visible at every page turn.

In our particular case, it was extremely useful to understand the importance of family and children for Spaniards and be even more grateful for the amazingly warm way in which we were welcome. Everywhere we went we were treated like royalty and granted immediate priority just because we had a toddler. More importantly, this made it easier to ask for help in various situations, which does not come naturally for travelers in a country where they do not speak the language.

Ornament of the World, by Maria Rosa Menocal

If you can only read one book before your trip to Andalusia, you should go for Ornament of the World. This is the story of Al-Andalus, a medieval culture where literature, science, and tolerance flourished for 700 years. Combining the best of what Muslim, Jewish, and Christian cultures had to offer, this amazing civilization influenced the rest of Europe in dramatic ways. Remarkable achievements in architecture and technology were paralleled by the development of secular poetry by the troubadours and by a culture of religious tolerance. Reading Ornament of the World feels like traveling in both time and space, an unraveling of secrets and mysteries, right into the soul of Andalusia. A scholarly work written in a lively style, this book hides between its covers perspective-changing truths about a lost history whose legacy is still with us in numerous ways. I was deeply impressed to find in it analogies and references to works by Salman Rushdie and Geraldine Brooks that I had previously read.

South of Granada, by Gerald Brenan

A national hero in Spain, Gerald Brenan moved there in 1919, a feat that would feed a lifetime romance with Andalusia, its culture, people, and history. His eye-witness accounts and interpretations of Spain’s recent history are already considered reference works. South from Granada is an autobiographical report on his life in Yegen, the village in the Alpujarras where he found his first home. Detailed and funny descriptions of village life before the Civil War and of the region itself mingle with accounts of visits from contemporaries such as Virginia Woolf and other members of the Bloomsbury literary group. He describes festivals and folkloric customs, courtship rituals, the unique landscape of the Sierra Nevada, a colorful past that would soon be erased by modernity. Brennan then went on to write The Spanish Labyrinth, a seminal work on the historical background of the Civil War.

A Rose for Winter, by Laurie Lee

Over the past three books, we have traveled back in time to January 2019 when, two years after our last talk of Spain, Sinan and I had just booked our plane tickets to/from Malaga. Back in 2017, we were in the same place, planning a more comprehensive two weeks in Spain road trip itinerary when we found out we were pregnant. Ilinca entered our lives bringing joie de vivre and unraveling strengths and resources we never knew existed. So it was very fortunate to re-start my Andalusia reading project, one magic Viennese January, with the heartfelt account of Laurie Lee’s travels through the region. The prose reads like poetry and makes this book truly memorable. Detailing his travels through Andalusia fifteen years after the end of the Civil War, the third chapter of the author’s love affair with the region not only explores souls and mentalities, uncovering everything that makes the South of Spain tick, but it also details the practical aspects of him introducing his family to a country he loved so much. What better read to take up as we were setting off to do something similar – introduce our toddler to our travel plans.

The extraordinary writing of Jan Morris is only paralleled by her impressive and inspiring life! An author I’ve discovered through her classic evocation of Venice also made my Spain reading list very early on. In fact, the moment I turned the last page of Spain – a heartfelt introduction to the country, packed with personal and historical perspectives, legends and landscape description, anecdotes and architectural insights  – will forever be imprinted in my memory. It happened in the waiting room of Vienna’s General Hospital in May 2019. I was waiting for some blood test result or other pertaining to my pregnancy and, as I closed the book, I serenely realized our travel plans will have to wait for now – we were going to be parents.

The Barefoot Queen, by Ildefonso Falcones

Set in 1748 Spain, The Barefoot Queen was THE novel that, for me, brought to life the spirit of flamenco and Spain. It follows the nearly tragic destinies of Milagros, a gypsy girl, her grandfather Melchor, and recently liberated slave Caridad through richly and vividly described historical events. The protagonists’ efforts to keep what they hold dear and what they believe in when faced with life’s inherent challenges are dramatically recorded as they move through Seville, Madrid, and Spain’s mountainous areas. I loved this book for its historical accuracy and candor, as well as its frank treatment of human destiny and tragedy, even though I could not read anything else written by Ildefonso Falcones afterward.

It all started on the 2nd of October 2015 in Bremen-Vegesack, during our engagement weekend break to Bremen. As a souvenir to remember the mild, deserted autumn afternoon in a place where I had previously lived for five years I picked up The Barefoot Queen from a bookstore. After devouring the book on my flight back to Vienna and the first couple of days after that, it had become crystal clear for both me and Sinan – our next big project was a road trip through Andalusia. In 2016 it got postponed as we got married that summer and, as they say, the rest is history.